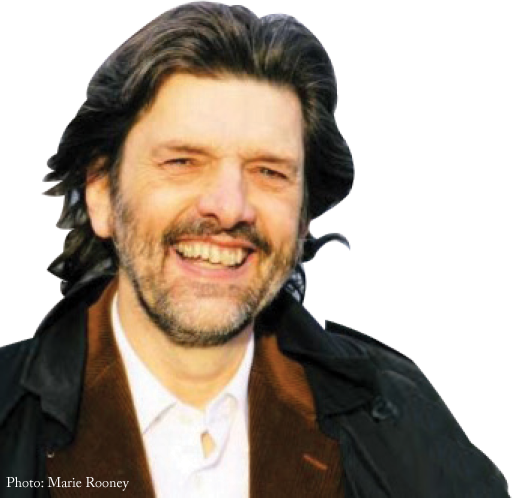 Micheal O’Siadhail* was born in 1947. He was educated at Clongowes Wood College, Trinity College Dublin, and the University of Oslo. A full-time writer, he has published sixteen collections of poetry. He was awarded an Irish American Cultural Institute prize for poetry in 1982 and in 1998 the Marten Toonder prize for Literature. The Five Quintets received the Conference on Christianity and Literature’s 2019 book of the year award.

His poem suites, The Naked Flame, Summerfest and Earlsfort Suite were commissioned and set to music for performance and broadcasting.

A book of essays, Say but the Word: Poetry as Vision and Voice, was published by Hinds Books in 2015.

He has given poetry readings and broadcast extensively in Ireland, Britain, Europe and North America. In 1985 he was invited to give the Vernam Hull lecture at Harvard and the Trumbull Lecture at Yale University. He represented Ireland at the Poetry Society’s European Poetry Festival in London in 1981 and at the Frankfurt Book Fair in 1997. He was writer-in-residence at the Yeats Summer School in 1991.
He has been a lecturer at Trinity College Dublin and a professor at the Dublin Institute for Advanced Studies. Among his many academic works are Learning Irish (Yale University Press 1988) and Modern Irish (Cambridge University Press 1989). He was a member of the Arts Council of the Republic of Ireland (1988-93) and of the Advisory Committee on Cultural Relations (1989 -97), a founder member of Aosdána (Academy of distinguished Irish artists) and a former editor of Poetry Ireland Review. He was the founding chairman of ILE (Ireland Literature Exchange). He received an honorary degree, doctor of letters, from the University of Manitoba and in 2018 and from the University of Aberdeen in 2018.